​​The Music Of
Dennis and Christy Soares 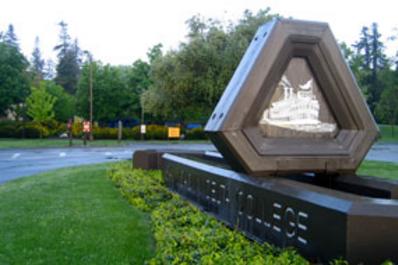 Dennis Soares was born in Hawaii in 1954 and Christy Rosten-Soares was born in Northern California in 1959.  They met each other for the first time in 1986 while taking classes at San Joaquin Delta College.  Each recognized the musical talents of the other.  A year later in 1987 they began dating and working on their first collaborative project, "Child Again", a CD featuring Christy's compositions.  In 1989 they married and Christy joined Dennis in running their recording studio in Stockton, CA.  Also during this period Dennis attained his Bachelors and Masters Degrees and entered the field of education.  This was to be the primary source of income until 2004.  Christy and Dennis performed at various locations in N. California always as a duo.  Christy also pursues her interest in art in a variety of ways and is responsible for much of the cover-art work on their CDs.

In 2004 Dennis decided to return home where all of his family resided.  Together they chose the Big Island as the most logical place to relocate to since land was affordable and the island was relatively unpopulated.  Dennis became a realtor in 2004 and successfully sold real estate in East Hawaii over the next 3 years.  Then the market changed and Dennis was able to start collecting his retirement from his years of being a teacher.

Today music is the "single" focus of Dennis and Christy's lives.  They perform weekly at all the Farmers' markets that have music, do private concerts at their home, and open for major talents like Cyril Pahinui, John and Hope Keawe, and Jeff Peterson at large venues like the Palace Theater, Volcano Arts Center, and the East Hawaii Cultural Center.  They recently released their 100 album with "Soul Connections" a solo work by Christy.

Elation Records is a full service recording studio as well as an Independent Record Label.  Many of our customers come to us with little or no musical experience and request that we turn their ideas into something.  Since we are both multi-instrumental, composers, and vocalists, there is rarely the need to hire outside musicians.  The studio features a 24-track AKAI Professional DPS-24 recorder as well as a Yamaha AW16 for smaller projects.  Keyboards include a Roland RD300 electric grand and a second Roland Grand for live performance.  The studio is sequencer based (keyboard) relying on an Ensonic SD-1 (24 track sequencer).    Although a variety of computer based sequencer software is available for the Windows  machines, they are rarely used.

THE ONENESS CENTER, located on the property is used for house concerts year round.

The Music of Dennis and Christy Soares